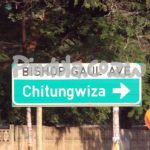 The local authority recently issued a fresh 48-hour demolition notice to residents it accuses of putting up illegal structures at the shopping centre.

Chitungwiza Residents Trust director, Alice Kuvheya said the council should obtain a court order first before pulling down the structures.

Kuvheya also said the local authority was being unreasonable and inconsiderate given the time frame. She said:

We have engaged our lawyers and we drafted a letter to the council addressing the facts that the demolition order does not comply with section 32 of the Regional Town Country Planning Act and the Administrative Justice Act.

In terms of Section 74 of the Constitution, it is imperative that Chitungwiza Town Council obtains a court order authorising it to demolish the affected residents’ houses. Suffice to state that, as far as residents’ homes and dwelling places are concerned.

However, Chitungwiza Progressive Residents Association secretary-general Gift Kurupati said that residents should get approval for any structure that might be constructed in Chitungwiza.

He added that some unscrupulous people were taking advantage of a directive from Central Government that illegal structures will be regularised.

Residents Association of Chitungwiza Trust secretary-general Stanely Makwiramiti said that the move by the council to demolish the illegal structures at unit D shopping centre opposite the town centre was justified. He said:

We cannot afford to justify lawlessness in Chitungwiza town. Whatever is illegal should be totally condemned.

In a notice to residents, Acting Town Clerk Evangelist Machona said all those who are building or have already constructed any structures at the shopping centre have to avail council papers that prove that their structures are legal. Wrote Machona:

Notice is hereby given that it has come to the attention of Council that at Town Centre Unit D Shopping Centre, illegal structures (buildings and durawalls) are in the process of being put up or have already been put up without Council approval.

Therefore, take note that in terms of Section 35 of the Regional, Town and Country Planning Act (Chapter 29: 12) you are ordered to: Demolish any structures erected and remove any rubble from the land and restore the land to its original state.

This order comes into operation within 48hrs and the demolitions and actions outlined herein should be completed by January the 2nd, 2022.

All those buildings without adequate council papers and inspections will risk having their structures demolished.

Where was the town council when the structures were being built?.

Why didn't they stop or arrest them when they were starting constructions.

How old are the structures?.

These council people are thieves, they want to demolish to start selling the stands to new people and demolish again after some time and sell them again. Nxaa that's unfair.

Some big sharks of the council are inside this

THERE SHARKS ARE PREYING FROM THE POOR.

MAY GOD JUDGE FOR YOUR CORRUPTION

I say no to disorder... illegal structures must go down..land barons must die