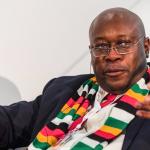 Two ZANU PF Members of Parliament, Winston Chitando and Yeukai Simbanegavi have reportedly thrown dozens of small scale grinding millers in the rural areas out of business by introducing their own mills that are charging ridiculously low prices.

Chitando (Gutu Central) and Simbanegavi (Gutu North) are said to be charging ZWL$20 per bucket at their grinding mills while millers are charging ZWL$90 to break even.

Chitando is the Minister of Mines and Mining Development while Simbanegavi is the National Housing and Social Amenities Deputy Minister.

Villagers initially welcomed the idea but many are now sympathising with their fellows who have been thrown out of business.

Rural millers believe Chitando and Simbanegavi are using the grinding mills as a campaign strategy for the 2023 elections.

Gutu District Development Coordinator, Chiedza Tafirei said she was not aware of those grinding mills.

Speaking to The Mirror, on conditionn of anonymity for fear of victimisation, a Gutu-based small-scale miller said:

This is an unfair business practice, how can an MP and a Minister for that matter install grinding mills charging 5 bond or 20 bond against a Dollar for two buckets that we charge 90 bond in order to recoup expenses?

I have decided to close my grinding mill business as it does not make sense to operate especially diesel-powered mills when someone across is charging equivalent to less than US0.10cents per bucket.

He is using financial and political muscle to get us out of business and to gain political mileage as we are now left with less than 20 months to the next election.

It is disappointing that they preach that Zimbabwe is open for business yet they invade the rural areas with unfair advantages, who would come to my grinding mill where I charge five times more than my competition.

The Mirror reported that Simbanegavi hang up her phone when called her for a comment.

Chitando was said to be not picking his cellphone and messages sent to him were not replied although they blue ticked showing that he read them.

This is competition there's nothing further we can comment here