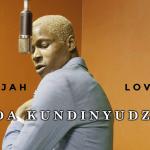 Soul Jah Love left behind a nearly complete house, a residential stand in Stoneridge and four vehicles, including the one that was in Chimbodza’s possession as well as a Ford Explorer, Toyota Hiace and a Honda Illusion.

The late artiste’s friend, Batsirai Nyanungo, who was in possession of the Honda Illusion, has also surrendered the vehicle to Soul Jah Love’s family.

Soul Jah Love, born Soul Musaka, died in February 2021, leaving some of his assets and musical compositions in different hands.

His sister, Caroline Musaka, said after the intervention of the Master of High Court, the two vehicles have been handed over to the family. She said:

Finally, the cars are back, but unfortunately, we are still facing resistance from various producers who are profiteering from Soul’s music without our consent.

We have been making frantic efforts to bar them from doing that. Lawyers and the Master of High Court have even written letters to them, but they still disregard.

We do not have a choice now save to wait for the law to take its course.