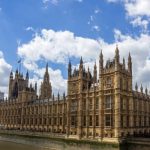 The United Kingdom’s domestic counter-intelligence and security agency, the MI5, has warned that a Chinese government agent has been working in parliament “to subvert the processes”.

House of Commons Speaker Sir Lindsay Hoyle sent a letter to MPs saying a woman called Christine Lee has been “engaged in political interference activities on behalf of the Chinese Community Party, engaging with members here at parliament”.

Former Leader of the Conservative Party, Iain Duncan Smith, told the Commons that Hoyle has written to MPs to let them know he has been contacted by MI5 over the matter. Smith said:

I understand that Mr Speaker has been contacted by MI5 and is now warning members of parliament that there has been an agent of the Chinese government active here in parliament working with a Member of Parliament, obviously to subvert the processes here.

I say, as a Member of Parliament who has been sanctioned by the Chinese government, that this is a matter of grave concern.

IF CHINESE CAN PLANT AN AGENT IN A BRITISH PARLIAMENT, THEN CHINESE INTELLIGENCE IS MORE SOPHISCATED THAN THE BRITISH INTELLIGENCE.

The Chinese government I believe even has agents in every government worldwide, in Australia they even influence decision making

The ruling ZANU PF has ordered Masvingo City Council to bar the opposition Citizens Coalition for Change (CCC) from holding a rally at Mucheke Stad.. InnBucks Tariffs And Charges For August 2022

InnBucks, a Simbisa Brands subsidiary which was in the business of transferring money, has announced tariffs and charges for August 2022. This foll.. Beatrice Mtetwa has said keeping Marry Mubaiwa on remand without trial for 32 months is just vengeance, not justice and a case of weaponising the b.. Ethiopian Airlines is adding Bulawayo, Zimbabwe’s second-largest city, as its new destination starting end of October this year. The airline .. Liberation Fighter Lawrence Mudehwe To Be Buried On Sunday

Former liberation fighter, Alderman Lawrence Mudehwe who succumbed to stomachache on Wednesday will be buried at the Manicaland Provincial Shrine t.. Kenya has suspended the r-opening of schools citing the ongoing process of tallying ballots. The East African country went to the polls on the 9the..