Chinese Company Seeks To Evict Binga Villagers For A Coal Mine 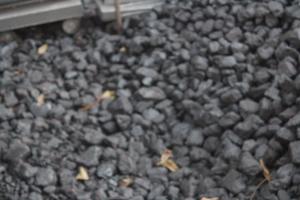 Another Chinese mining company has clashed with villagers who are resisting eviction from their ancestral lands for the establishment of a coal mine in the area.

The firm, Monalof, recently gave the villagers a three months’ notice to vacate their homes to pave way for coal mining activities.

Local Ward 12 councillor Matthias Mwinde said villagers can only move after the company meets their compensation demands which include houses and bigger communal fields. Said Mwinde:

We discussed this with the company (on Tuesday) and the villagers laid down their demands and concerns. People demanded good shelter, roads and clean water.

The company has found a place where we are going to be placed and it’s in the East of Muchesu village, Binga East site.

This was in preparation for the resettlement and we assume that the company will meet the demands of the people because if they don’t, we are going to have problems with them.

People agreed that they will stay put until Monaf constructed the houses.

Mwinde added that Monalof promised 200 square metres of land per household but it’s simply not enough. He said:

Our biggest challenge is that the company said no one will be provided with the big fields.

We have big fields and we are used to farming, and the promised 200 square metres of land is not enough.

We do livestock farming and the company won’t provide any space for us to keep our livestock.

We are so worried about our future right now because the majority of people are too old to start looking for jobs.

The elders are used to farming. This will be a challenge for them to adapt to a new life at their ages.

Mwinde expressed scepticism over the company’s commitment to fulfilling the promises it made to villagers. He said:

But in the meantime, they will be providing transport for students. We are also not sure if this is true because schools will be more than five kilometres from where we are moving to. We don’t know if they will fulfil their promises.

Chamisa the ball is in your court, zanu has Neva been as vulnerable as it is rytnow. They say it's bad to attack a man on his weakest point but on zanu i say strike the iron whilist hot. Go campaign in all those rural areas were the Chinese are displacing pple. Remember most of these areas are zanu strongholds,grab them now or Neva. They would rather not vote than voting for zanu this tym around. Just CHAMISA's presence will lure them to vote him in.To be forewarned is to be forearmed

China ppl are alwz China ppl they give u temporary things inexchange for the permanant making their lives better and developed iye zvino its 200 sqaure meters for coal a lifetime mineral.......we are being colonised infact it actually reminds me of a certain ruling party in a non democratic nation that actually does the same with its ppl temporary for permanence