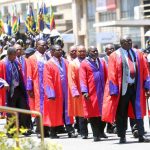 Traditional leaders in Matabeleland South province have called on President Emmerson Mnangagwa’s administration to publicly apologise for the Gukurahundi massacres that claimed an estimated 20 000 lives in Matabeleland and Midlands provinces in the early 1980s.

Mnangagwa has opened dialogue on the emotive subject, but like his predecessor, the late Robert Mugabe, he has not offered any apology for the mass killings.

His redress efforts have been dismissed as piece-meal, half-hearted and insufficient.

Matabeleland South provincial chiefs’ assembly chairperson Chief Masendu, speaking on behalf of traditional leaders in the province, said Gukurahundi could not be wished away. He said:

Chiefs are the rightful people to handle the Gukurahundi issue because they belong to the people. We stay with them; they talk to us. What they want is an apology and compensation.

Government must agree and openly apologise to the people. No other person can come from outside whom people can understand and relate to their issues confidently beside the chiefs.

Masendu condemned the recent destruction of the Gukurahundi memorial plaque at Bhalagwe in Maphisa, Matebeleland South province, and called on the government to bring the culprits to book.

The plaque was erected by villagers in memory of victims of the Gukurahundi massacres buried inside the Bhalagwe mass graves.

The massacres were carried out by the North Korea-trained Fifth Brigade that was deployed after the government claimed arms cache had been uncovered on farms owned by ZAPU and the ZPRA amid allegations that then ZAPU leaders including Joshua Nkomo were plotting to overthrow the government.

@Tk in as much as i second him & you MAY we also have a public apology from the same Chiefs on behalf of their masters Lobengula & Mzilikazi for the Kidnappings & Stock Thefts they did vachitora vana mbuya vedu from Mash-lands down to here? -=PLIZ

We were taught tt ,History with no evidence

Zimbabwe Iz unlucky in EVERYTHING they engage,i always ask ma self y? n the answer is we were cased

Mnangagwa must follow hz fellow leader Mugabe,chains will b broken.Hiz death will free Zimbabwe.Pleasing tu the ancestors☠️☠️☠️☠️ won't solve anything

I DO AGREE THAT ZIMBABWEANS MUST BRING CLOSURE TO THIS ISSUE OF GUKURAHUNDI. CHIRF MASENDU WANTS PRESIDENT ED MNANGAGWA TO APOLOGISE AND MAY BE PAY COMPENSATION TO THE VICTIMS OR THEIR RELATIVES.

PEOPLE SHOULD NOT BE BLINKERED AND LOOK AT ONE SIDE OF THE COIN AND SAY IT WAS GOVERNMENT FORCES ONLY WHO COMMITTED ATROCITIES. BANDITS ALSO KILLED, RAPED AND DESTROYED PEOPLE'S PROPERTY.

I HAVE SAID IT BEFORE THAT BANDITS DID NOT OPERATE IN MATABELELAND AND MIDLANDS ONLY. THEY ALSO OPERATED IN MASHONALAND WEST, PARTICULARLY IN HURUNGWE, SANYATI, KARIBA AND ZVIMBA.

GUKURAHUNDI ATROCITIES WERE TWO WAY TRAFFIC. I AM NOT DEFENDING ANYONE. I AM JUST CALLING A SPADE A SPADE AND NOT A SHOVEL.

👏👏 @ bush lawyer , I was born in Kariba in 1979 and much of my childhood took place in hurungwe.I can confirm that what you are saying is true!Bandits did a lot of damage in those areas which history is blatantly choosing to ignore.