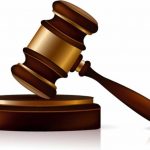 The villagers, who are facing a charge of public violence against Anjin employees, were also ordered not to approach Anjin Investments premises.

They are being accused of violating Section 36 of the Criminal Law Codification and Reform Act and unlawful entry to Anjin premises to demand management feedback regarding their concerns.

They were arrested on Tuesday after protesting against Anjin’s plans to hold a beer ceremony without their knowledge. The rituals are targeted at bringing more diamonds.

The villagers were represented by Passmore Nyakureba, Cosmas Chibaya and Blessward Mumbure and were not asked to plead to the aforementioned charge.

They will return back to court on 22 November.

But the question is "Was their plight addressed?" Government act accordingly