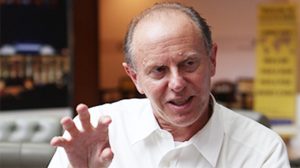 The newly-formed Citizens Coalition for Change (CCC) is crowdsourcing for its electoral campaigns.

This comes when the government last week disbursed ZW$150 million (about US$1.3 million at the official exchange rate) through the Political Parties Finance Act to ZANU PF and the MDC-T.

The CCC party led by Nelson Chamisa was formed last week after it dumped its previous name, MDC Alliance which it used in the 2018 elections after the rival MDC-T led by Douglas Mwonzora said it would use the name in the March 26 by-elections.

The Chamsa-led party says it is entitled to the money that was given to the MDC-T considering that the party won 88 National Assembly seats and 25 senate seats while MDC-T did not win a single seat.

The government is justifying the disbursement of the funds to MDC-T on a 2020 Supreme Court ruling on the MDC leadership crisis which ruled that Chamisa was not the MDC’s legitimate leader.

CCC treasurer-general David Coltart Sunday told NewsDay that the Chamisa-led party has no option but to raise funds through crowd-sourcing “to defend the people’s vote“.

Coltart, however, declined to divulge the exact figure that has been raised so far, saying that it was confidential information. The former Primary and Secondary Education Minister said:

The money is to finance preparations for the elections as the money that was supposed to be given to us since 2018 through the Political Parties (Finance) Act was illegally given to MDC-T.

Kkkkkkk What you people fail to see is ,Zanu Pf has evolved, IT IS NOLONGER A POLITICAL PARTY BUT RATHER AN INSTITUTE AND A COMPANY....where the hell in the world have you ever seen a Political Party That owns a School of Ideology 🤣🤣🤣

Zanu simply adjusts to the game...they waste your time....frustrate your resources..... infiltrate....divert attention

Listen people....Zanu is an Organism that can not be subdued externally....it can only self distruct

None of you have even ever asked your self what's the reason behind E.D Junior military training and rank elevations.....

Be ready for surprises...the problem is you Undermine Garwes tactics...that man is not as foolish as he looks...

He goes beyond the ethical codes of politics..... Look here....which prophet declared kudona kwapresident we Zambia ...Urbet Angel....whether he is a true man of God or not it happened as exactly he said....
ED consults the wise...takes what only befits him and dumps the rest

As long as ED is supported by Russia and China....he is remaining in power
Why exactly do you think the Western powers have not directly intervened like they do in Ethiopia etc ,it's because this Zanu has more to it that what you think

"Zim politics is a Puzzle ,only Fools will try to understand it,it dnegines the full meaning of Chaos"Eddy Cross
🤣🤣🤣🤣

PEOPLE ARE CRAVING FOR CCC BANKING ACCOUNT. THEY WANT TO CONTRIBUTE TO THEIR CAUSE.

CCC TREASURER GENERAL, DAVID COLTART IS A LAWYER. HE SHOULD DO A RESEARCH TO FIND OUT IF LOCAL SUPPORTERS CAN NOT SUPPORT THEIR PARTY THROUGH DONATIONS.

FROM MY OWN UNDERSTANDING, IT WOULD NOT BE AN OFFENCE IF DIASPORANS ALSO CONTRIBUTE TO THEIR POLITICAL PARTY BACK HOME. THIS IS DIFFERENT FROM NON ZIMBABWEANS ABROAD CONTRIBUTING TO A POLITICAL PARTY IN ZIMBABWE.

US$0 Harare
YELLOWMAN 3 months ago

Please give us all the payment/banking details for our beloved CCC Party. Toda kutokada mari izvozvi.💛💛💛💛💛💛💛💛💛☝☝☝☝☝☝☝☝

This is a tripple mess. Politics is compilcated. Frankly speakin, its totaly not about the pple, its all about the power, money,robbin the poor, the list does not end. U see, we hear robberies of money worth thousands n movement of bilions yet the country is excidingly poor, some pple cant even buy a meal. Here in Zim we look for look for jobs till our job is to look for jobs

Pindula give us the link where we can donate the USD

Its only a matter of time mwonzora continues to enjoy hard earned money if it was dr khupe enjoying those peanuts we would say atleast she faught for the case in court and won but ey in politics comes seasons , we are counting down.

Reply Report Abuse
Man of the moment 3 months ago

CCC all the way