Chamisa: I Warned Dewa Mavhinga Not To Return To Zimbabwe 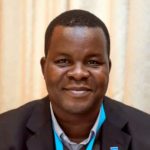 MDC Alliance president Nelson Chamisa on Sunday said he had warned the late human rights activist Dewa Mavhinga against coming to Zimbabwe, a few days before he died.

Chamisa was addressing mourners at Mavhinga’s burial at his rural home in Chivhu yesterday.

Mavhinga, who was the Human Rights Watch director, resided in Johannesburg, South Africa.

He died a few days after he returned to Johannesburg from a research mission in Zimbabwe.

In his eulogy, Chamisa described Mavhinga as a resolute defender of human rights. He said:

I had told Dewa to defer his visit to Zimbabwe, but he insisted that he would come.

He told me that he was in the southern region visiting other countries including Mozambique.

He inquired why I was stopping him from coming to Zimbabwe. I also insisted that he should not come to Zimbabwe.

About four weeks ago, we held a virtual meeting with Dewa and three others for over an hour planning the way forward on the 2023 elections.

Dewa was a veteran, a stalwart, very resolute and a beast in fighting for human rights.

He was a defender because our people are being attacked. We have been robbed as a country, as the whole world, as a generation.

HE WAS WELL KNOWN BY ALL CIVIC SOCIETY GROUPS AND ALL HUMAN RIGHTS ACTIVISTS IN THE WHOLE SADC REGION. GO WELL SON OF THE SOIL. YOU HAVE GONE TOO SOON DEWA. WE WISH IF YOU HAD LIVED LONGER THAN YOU DID AND HELPED OPPOSITION POLITICAL PARTIES IN ZIMBABWE TO WIN 2023 HARMONISED ELECTIONS.

[ GO WELL DEWA GO. WE WILL FOREVER BE WITH YOU IN OUR MEMORIES ]

THE LORD'S PLANS STAND FIRM FOREVER, HIS INTENTIONS CAN NEVER BE SHAKEN.[PSALM 33:11].

PASI NEZANU. Only ignorant people refuse to acknowledge the barbaric manner of Zanu-PF.