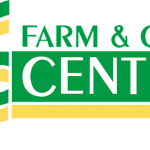 CFI Holdings Limited’s volumes grew by 80 per cent in the year to 30 September 2021, with the improved volume performance witnessed across most of its key product lines.

Retail operations dominated the revenue mix contribution recording 91.4 per cent whilst farming operations accounted for 3.7 per cent of inflows, a slight increase from 3.1 per cent in 2020.

Victoria Foods’ exit from judicial management was of huge significance as the subsidiary contributed 4.9 per cent to CFI’s turnover.

As a result, CFI’s historical revenue for the year increased by 308 per cent to $7,83 billion, significantly higher than the $1,92 billion it managed the previous year. CFI Holdings board chairperson Itai Pasi said:

The economic environment continued to be restrained by the impact of the COVID-19 pandemic as the country traded under varying degrees of lockdowns throughout the year.

Fortunately, for the greater part of the year, the group’s businesses operated under normal trading conditions.

The economic improvements registered at the beginning of the year, characterised by relatively stable exchange rates and declining inflation.

Pasi, however, bemoaned the late distribution of auction funds by the Reserve Bank of Zimbabwe(RBZ).

She said this has led to reduced confidence by the businesses, resulting in the widening of the gap between the official and parallel market exchange rates. Added Pasi:

CFI Holdings said it invested $107 million in capital expenditure during the period under review for the different Strategic Business Units (SBUs) compared to $34.1 million in 2020.

It said the expenditure covered renovations of several Farm and City Centre shops as well as piggery, poultry, and irrigation infrastructure at Glenara Estates.