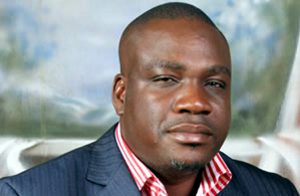 The Secretary-General of the newly-formed Citizens Coalition for Change (CCC) Chalton Hwende has dismissed reports saying he was abducted on Saturday, February 2022.

A message circulating on social media suggested that Hwende was abducted by 3 suspected state security agents with AK47 rifles at Makoni Shopping Center where he was conducting a voter registration mobilization campaign. Pindula News presents the message posted by one Malvern Dengu @HumanRights112:

Responding to the message, Hwende said it was a fake distress call. He said:

My daughter has just informed me that there is a message circulating alleging that I have been abducted. This is false l have been freely moving around constituencies in Harare monitoring voter registration. The focus is on getting 6 million votes for Nelson Chamisa.

This comes as there are unresolved cases in which some opposition leaders and some human rights activists claimed that they were abducted by suspected state security agents.

The state denies any involvement and argues that the said kidnappings are staged to soil the image of the government.

@Jombo its all fake from the beginning

Fake from what beginning