CBZ Holdings Records A 36% Decline In Profit After Tax 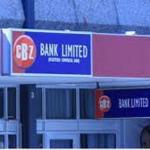 The Group’s total comprehensive income for the period fell by 61% to ZWL$2.03 billion from ZWL$5.27 billion recorded in the same period last year.

Meanwhile, net interest income for the Group rose by 37% to ZWL$2.04 billion from ZWL$1.48 billion during the same period.

Total assets increased by 28% to ZWL$146 billion from ZWL$114.5 billion that was recorded during the same comparable period.

In a statement accompanying the results, the CBZ Holdings Chairperson Marc Holtzman noted that on the capital markets, the CBZH share price closed the half-year at ZWL8399 cents. He said:

Meanwhile, the Group’s biggest subsidiary, CBZ Bank, recorded a 216% surge in interest income to ZWL$7.88 billion during the half-year due to an increase in loans and advances which were up 53% to ZWL$45. 9 billion.

All banks saw their cost bases expand in response to the shift in the environment characterized by higher inflation and exchange rate depreciation, as a result, staff costs for the Bank increased by 35% to ZWL$ 1.8 billion.

Staff costs contributed 54% to the total costs while operating expenditure for the period increased by 63%.

Resultantly, the bank’s profit for the period was up 177% to ZWL1.6 billion from ZWL$ 582 million during the prior comparative period, making it the second-highest bank in terms of profits during the half-year.

CBZ Bank continues to be the largest bank in terms of asset base after it recorded a 25% increase in assets.