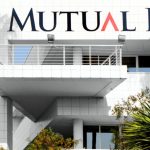 In a statement on Thursday, CBZ Holdings Limited said:

Further to the cautionary statements issued on 30 May 2021, 28 July, 1 September and 5 October, the directors of CBZ Holdings Limited wish to advise shareholders that, following conclusions of negotiations, the company has now executed an agreement for the acquisition of 31.22% shareholding in First Mutual Holdings from the National Social Security Authority (NSSA).

The agreement is subject to several conditions precedent, which if fulfilled and the transaction is successfully concluded, may have a material effect on the price of the company’s securities.

The sale is part of CBZ’s ambitions to extend its influence in the financial services market.

According to RBZ data, CBZ, Zimbabwe’s biggest bank by assets, accounts for 31 per cent of all bank loans in the country.

The First Mutual deal is CBZ’s biggest acquisition of another financial institution since it bought Beverley Building Society in 2007.

The financial services group said, in light of the development, shareholders should continue to exercise caution when dealing in the company’s securities until a full announcement is made.

Those shares held by NASSA were bought using pensioners' money....now sold to cbz...me & u know that pensioners ain't pocketing a cent but trust me someone will