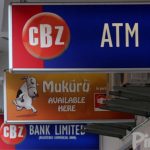 Nyazema is taking over from Mr Peter Zimunya who is stepping down after 42 years of service in the sector. Said the company in a statement:

Prior to that, he spent 19 years with Barclays Bank now First Capital Bank in various capacities including being commercial director from April 2011 to January 2020.

The board of management congratulate Mr Nyazema on his new appointments and wish him all the best in his new role.

Zimunya will be retiring as managing director on 31 December 2021 after serving 16 years with Standard Chartered Bank before joining CBZ Bank in 1995 and serving for 26 years in various capacities including that of the chief operating officer.

He was appointed as managing director in 2012, a position he served up to date and was acting group chief executive officer for CBZ Holdings Limited from May 2018 to Jun e 2019. The company said:

The board and management wish him all the best in his well-deserved retirement.