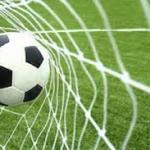 The Castle Lager Premier Soccer League (PSL) has postponed several matches which were scheduled for this weekend after some clubs returned positive COVID-19 cases.

On Monday, the PSL directed clubs to test their players and officials for COVID-19 before they could start training the following day.

Clubs were expected to meet a 10 am deadline on Tuesday to submit the results for the tests on all playing, technical and administrative staff.

It has emerged that a number of clubs had their members returning positive results for the virus, while some teams missed the deadline. This forced PSL to postpone five matches of round three fixtures which were scheduled for Saturday and Sunday.

The match between Harare City and Yadah, which was set for the National Sports Stadium on Wednesday, has been moved to Sunday at the same venue.

PSL spokesperson Kudzai Bare said this particular fixture reschedule had nothing to do with COVID-19. Bare said:

The postponement of the other matches is due to COVID-19 related issues.

Only four matches will now be played over the weekend amid fears that there could be further disruptions in the league campaign due to the surge in positive cases.

COVID-19 new infections in the country have been rising steadily in the past few days, with over 5 000 positive cases recorded in the last two days to bring the total cases since the onset of the pandemic to over 141 601.

Premier League football only returned last month after a 2-year’s absence due to the coronavirus outbreak.