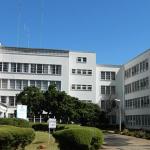 Cases of baby-dumping have remained unacceptably high in 2021 in spite of an overall decline compared to 2020.

In a typical baby-dumping incident that occurred in Harare last month, a woman who had a two-week-old baby boarded an Inter Africa bus at Mbare Musika.

She began chatting up a fellow passenger before she asked her to temporarily hold her baby as she wanted to step outside for a quick errand.

This is the last time the woman was seen, leaving the minor in the hands of a stranger. The matter was reported to the police.

Statistics provided by the Zimbabwe Republic Police (ZRP) show that Harare and Midlands lead in reported cases between January and October this year, while Manicaland had the least cases.

Reported cases dropped to 39 from 63 in the same period last year but Sally Mugabe Central Hospital clinical director Dr Hopewell Mungani revealed that they receive two or three cases every month. He said:

We are worried by the recent growing trend of such cases (baby dumping) . . . Barely does a month pass without us receiving two or three cases at the hospital, and this is a new and disturbing trend we are witnessing.

When a dumped baby is discovered, they are taken to the hospital for a check-up before being taken to a children’s home.

In worst cases, the babies may already be dead by the time they are discovered.

However, they still have to be taken to the hospital for post-mortem.

Increasing poverty, lack of access to contraceptives and assistance during severe lockdowns has left many mothers unable to care for their babies.

Traditionalist Mbuya Rosemary Marumba argues that in high-density suburbs, social ties and societal expectations are to blame as most people are concerned about their image and reputation. She said:

This has placed the youth under pressure in such a way that if one gets pregnant, they opt to dump the baby rather than tarnishing their family image, but, on the other hand, poverty also plays a huge role.

In January, a Great Zimbabwe University student was sentenced to six months in prison for dumping her two-day-old baby in Zvishavane.

In court, she revealed that being a student, she did not know what to do with the baby.

Some of us are slay queens. Come hail come thunder, I will never dumb my own baby even if I am clueless with regards to the father of my baby. Your baby is a precious gift requiring your protection as a parent, rather than throwing away this gift.

Of course economic hardship are there but one cannot decide to dump a child. Its high time these mother rethink of this action. Imagine if it hard happened to yu. Its never too late to reorganise your lyf than to dump a living precious gift from God. LIFE IS A PRECIOUS GIFT FROM GOD.