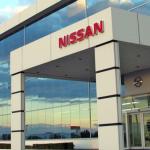 Nissan, a Japanese maker of one of Zimbabwe’s most popular vehicle brands has said imports have jeopardised the establishment of assembly plants in the southern African country.

According to Amtec Motors managing director, Lucas Taruvinga, Zimbabwe imports about 60 000 used cars annually, against about 4 000 sales of new cars.

This week, Nissan Sub-Sahara regional general manager Linda Mazimhaka said car assembly plants unlock opportunities in a string of downstream and upstream industries, and the country must come up with attractive policies to encourage global suppliers to establish facilities. Speaking during the launch of Nissan’s new Navara brand in Harare, Mazimhaka said:

In Zimbabwe the regulation has to be up to standard.

There is a need to sort out grey imports because what pushes people to go and buy cars from beyond the borders is the price. So, even if we bring an assembling plant in Zimbabwe, we still have to compete with those grey imports.

It does not make sense because the investment is so high, yet your return on investment is too little. Hence the first step that is needed is to work with the government and try to reinforce regulation – what we call the automobile policy. Once that is done, then we move to the second phase, which is looking at the financial side.

Taruvinga said Zimbabwe, like South Africa, must ban the importation of second-hand vehicles in order to protect domestic carmakers.

The government this year announced Statutory Instrument 89 of 2021 on 2 April which makes it difficult for one to import pre-owned vehicles whose year of manufacture exceeds 10 years.

In 2018, the government unveiled the Motor Industry Development Policy, which is designed to promote local assembly and exportation of motor vehicles into the region and the rest of the world.

We will start talking of real developmental issues when we have a competent gvt in office - for now lets continue dreaming and joking about the car assembly plants and diesel oozing out of rocks e.t.c.

Remember Willowgate. I shall not speak😷