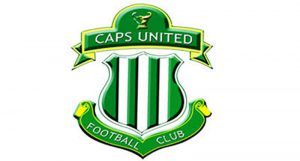 Manondo and Chafa’s contracts with Harare City and Ngezi Platinum, respectively, have since expired.

Several key players have left Makepekepe in recent days as the club is struggling to meet the costs of running its operations.

A CAPS United official, who asked not to be named, told The Herald that Manondo’s deal is almost done. Said the official:

We have finalised and agreed in principle with Manondo. There are certain terms we need to commit to before putting pen to paper but it is almost a done deal.

As for Chafa, we have interest and the player has expressed interest in re-joining the club.

We are yet to conclude negotiations with his management team, but we are hopeful that we will be able to bring him on board.

Nevertheless, the players are owed outstanding salaries and previous signing-on fees and are reported to be unsettled.