Canada Based Entrepreneur Duped Of R30 000 In Botched Restaurant Deal 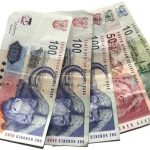 A Canada-based Zimbabwean entrepreneur, Justin Moyo, was allegedly swindled of an estimated 30 000 South African Rands by a Bulawayo man, Dumoluhle Moyo, in a botched restaurant deal.

Dumoluhle’s mother has threatened to sue the diaspora-based man for exposing her family in the botched deal.

Speaking to The Sunday News, Justin said he has not only been belittled but insulted by the family that has vowed never to reimburse him. He said:

It’s been about two years now since this endeavour went south. I entered into a partnership with Dumo because I thought he had a witty character glazed with intelligence. He in fact had an idea to set up a restaurant but lacked funds.

I had access to the funds and I figured it would have been a great endeavour to venture into the business, which would also assist both our families financially.

Justin said trouble started after procuring the equipment and shipping it to Zimbabwe from South Africa. He said:

I began experiencing problems with Dumo after the equipment landed in Zimbabwe.

Dumo had told me that he would secure premises where we could establish a restaurant and I was happy with the arrangement.

However, he said he was having trouble securing premises and advised that it would be ideal for us to lease the equipment to someone who would pay us a fixed amount on a monthly basis.

I was happy with that arrangement since the equipment had been laying ‘idle’.

Justin further claimed that he later became aware that the equipment had been sold after Dumo started being elusive and giving excuses each time he would ask about what was happening.

Since then, Justin and Dumo’s relationship has soured and the former is now seeking legal help in getting the family to reimburse him his investment. He said:

I have received more insults and threats more than a dog and all this because I merely asked for my money back.

That is when I engaged his mother who in turn brushed me off like a worthless piece of paper.

Both Dumo and her mother Nomathemba Mpofu had no kind words for the publication when they were quizzed about the saga. Mpofu said:

So he has decided on going to the newspapers? I will have to sue; I have no time to deal with ignorant people.

So, he paid you to publish this? He will never receive a single cent now because of the damage he has caused.

…  in actual fact the money he says we owe him is nothing, it’s just ZAR1 000. Why is he making a fuss over nothing? He will never get a single cent from me.