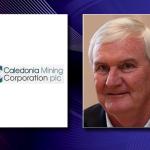 Caledonia Mining Corporation chief executive officer, Steve Curtis (65), is set to step down from his role on 30 June 2022 and will take up a non-executive role by the end of 2022.

The company’s chief financial officer, Mark Learmonth, will take over from Curtis. The firm said in a statement:

The company announces that Mr Steve Curtis, aged 65, has notified the board of directors of his intention to retire from his role as the chief executive officer with effect from June 30, 2022.

He will be succeeded as chief executive officer by Mark Learmonth, Caledonia’s chief financial officer.

Mr Curtis will continue to serve as a director of Caledonia, transitioning from an executive to a non-executive role by the end of 2022.

Caledonia is the parent company of the Gwanda-based gold operation, Blanket Mine.

Commenting on the development, Caledonia chairman Leigh Wilson hailed Curtis for his contribution to the company. Said, Wilson:

Under his calm and steady leadership since November 2014, Caledonia’s production has almost doubled and its market capitalisation has increased over four-fold.

… Under Steve’s stewardship, the strength and depth of Caledonia’s management team has increased so that it has the capacity to take on new projects.

In recent years, under Steve’s leadership, Caledonia has also improved its relevance to international capital markets, which has resulted in a substantial increase in Caledonia’s share price since 2014 and a significant increase in the liquidity of its shares which now trade on AIM, New York Stock Exchange and the Victoria Falls Stock Exchange in Zimbabwe.

… I am delighted that Steve will remain with Caledonia in a non-executive role and look forward to his invaluable guidance in the future, which I am certain will continue to be a major asset to the Company.