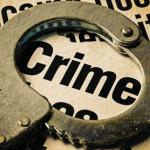 The Zimbabwe Republic Police (ZRP) is investigating a robbery case that occurred in Zhombe in which a business couple was robbed of over US$5 000 cash and a vehicle.

ZRP says the robbers fired shots in the air before assaulting one of the victims with a spanner. Pindula News presents the police statement on the case.

Police are investigating a robbery case that occurred at Mahoko Village, Zhombe on 07/11/21 at about 1930 hours, where a business couple was attacked by three unknown suspects armed with three unidentified pistols.

The suspects fired two shots into the air before they struck the husband once on the head with a wheel spanner and stole cash amounting to US$5 100 cash, a Honda Fit vehicle and two Itel cellphones.

The vehicle was later recovered near Sidaken Secondary School.

Reports of robbery cases have been on the rise and some of the suspects are said to have come from South Africa during the lockdowns.

Zim will be like S.A soon, if nothing is done to curb the rising of such cases. Quote my words.

Huh it seems as if knw everyone gt a pistol..Something has to be done.