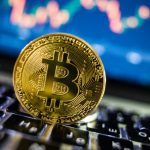 A 35-year-old Bulawayo woman lost over US$5 000 after investing money in a Bitcoin pyramid scheme in which she was promised to get a 20 per cent interest every 10 working days.

The Zimbabwe Republic Police (ZRP) is investigating the matter. Pindula News presents a police statement on the case:

The ZRP is investigating a case of fraud where a Bulawayo woman (35) was defrauded US 5 580 and ZAR 2500 after being lured to invest the money in a Bitcoin pyramid scheme where she was supposed to harvest 20% interest after every 10 working days.

Meanwhile, Police urges the public to avoid pyramid schemes that end up fleecing them of their hard-earned cash.

Last year, the police in conjunction with the Reserve Bank of Zimbabwe (RBZ), initiated an operation to apprehend institutions behind pyramid and Ponzi schemes in violation of the country’s banking regulations.

This was after a number of organisations, with no banking licence as required by law, had shut down while owing thousands to members of the public.

The central bank warned people against pyramid and Ponzi schemes that come in various forms and guises, luring people to invest their hard-earned money, promising unrealistic and unsustainable investment returns.

The RBZ said all institutions offering financial services must be issued with licences before operations commence adding that entities involved in Ponzi schemes were carrying out banking activities in breach of the Banking Act (Chapter 24:20) and Section 5 of the Banking Act.

Lack of knowledge is very dangerous.. The problem is tine vanhu vanenge vachiziva about this fraud things already, they don't warn vanhu vasingazivi nezvavo till they see vanu vatoita mistake already... I think the knowledge about this should be spread everywhere often times so people know it even unware of this fraud schemes, so they don't invest in it. If it's possible placing a program on television to give people knowledge about this. Because this schemes takes advantage yekuti vanhu vanenge vasingazivi at the same time new people, the born will still be circulating... So they target generation to generation because they know kuti hapana vanhu vakadzidziswa about this things and the world remains collapse.... Those people if found they should not be shown mercy...

Ahhh sorry my dear your money is gone with these ponzi schemes. Mbavha dzevanhu. Like what the RBZ said becareful with this Ponzi witches

US$0 Harare
Chikiti musarurwa 5 months ago