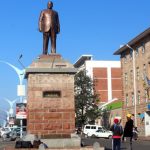 The City of Bulawayo is set to repossess several undeveloped stands in Emganwini high-density suburb, some of which are sited on wetlands.

According to the latest council minutes, the local authority has served beneficiaries of the housing stands with noncompliance letters for failure to develop them since 2002.

Bulawayo City Council director of housing and community services, Dictor Khumalo said the stands targeted for repossession were allocated to the beneficiaries between 15 September 2000 and 21 November 2002.

A report tabled at the 8 December full council meeting quoted Khumalo as saying:

Some beneficiaries were served with non-compliance letters and constant checks showed that there were no developments on the stands to date.

These stands had been turned into refuse dumping sites, thus posing a health hazard. The stands also owe rates.

Meanwhile, the council’s human capital office raised no objections to the housing and community services department repossessing the idle stands.

Chamber secretary Sikhangele Zhou then said if notices had been given, and the notice period had expired, the council must repossess the stands in terms of the agreements of sale. The report said:

The financial director (Kempton Ndimande) had no objection to the intention to repossess the stands.

The beneficiaries should be dealt with as per policy.

The department’s view was that the stands be repossessed and be allocated to beneficiaries on the council waiting list as per policy with the exception of stand 6001.

The beneficiary of stand 6001 had already done a slab development and should be given a further building period extension of 24 months, failure of which council would take stern action.

The local authority said after repossession of the stands, the original beneficiaries must be given the first preference to buy them back at a price to be determined by the city valuer. The report said:

An extension fee of the building period of $7 000 will be paid. Failure to take up the offer in terms of policy, the stands will be re-allocated to other beneficiaries on the council waiting list in terms of procedure.

The City of Bulawayo has a housing waiting list of over 100 000.