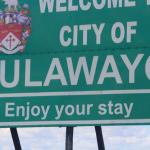 The City of Bulawayo has seized some houses belonging to heavily indebted residents and auctioned them in a bid to recover what it is owed.

This was revealed by the local authority’s finance committee chairperson councillor Tawanda Ruzive.

Ruzive said the Bulawayo City Council (BCC) is owed over ZWL$1.9 billion by defaulting residents and warned defaulters to settle bills or risk losing their houses. He said:

So, we are dealing with the late ratepayers. Anybody who is a debtor and is in our books is liable. Some houses have actually been taken to court for auctioning.

That’s how serious this is. We know it’s not a good thing to do, but when someone is very negligent and not willing to come to council to negotiate, we are left with no option, but to use the credit policy, and we are going to be using this all the way.

He did not reveal the number of houses that were auctioned by the council over outstanding bills but BCC has been sending letters to residents this month threatening to disconnect water supplies over unpaid bills.

Ruzive said the local authority was failing to provide efficient services because of the failure by residents to settle their debts. He added:

Because we don’t collect that money, come next year, we will be forced to increase our supplementary budget, to cover for those who are not paying. It’s very unfair to those that are paying.

There are some tenants who pay landlords US$400 to US$500 on the eastern side, but those landlords, fail to pay rates and water bills to the council.