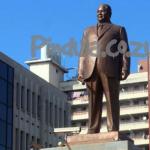 The City of Bulawayo has rejected a request by war veterans employed by the local authority to get several benefits including residential, agricultural and commercial stands at concessionary rates.

According to a council confidential report, the ex-combatants made the formal request following a meeting with the city’s Town Clerk, Christopher Dube.

They wanted the Bulawayo City Council to come up with a War Veterans Policy, under which they would be accorded the 20 per cent quota in terms of local empowerment, among other things. Part of the report reads:

As war veterans working under BCC which is an agency of the State of Zimbabwe, we humbly ask you to make sure all veterans are accorded 20 per cent in every sphere of empowerment, that is; stands at concessional rates for residential, agricultural and commercial, promotion of all war veterans, one grade up as per government custom.

Recruitment of war veterans’ children, water and rates for war veterans who retire from council be discontinued, speedy formulation of war veterans policy by council, tabulating the war veteran recognition and benefits as per legislative mandate.

In turning down the request by the war veterans, the local authority said giving in to the request was problematic as it would set a wrong precedence. The council report reads:

Council respects the contribution of war veterans in the liberation of this country. Given that many candidates apply for posts in council, including children of war veterans who are not employed by council, it will be reasonable to give all recruits a fair chance.

… The Deputy Mayor, Councillor Mlandu Ncube, felt that it was likely to cause problems because each generation had people who had fought for something and they would also want to be recognised.

All council employees should be treated the same. Council could not discount stands for war veterans or employ their children who were not qualified for the jobs.

Clr Pilate Moyo concurred and said there was a need to assess the credentials of those people who called themselves war veterans because 40 years had passed since independence and most of them should have reached retirement age.

Dont hold the country to ransom!..BCC thumps up!..

Year in and year out these so called war vets have been demanding houses ,farms and nearly every thing.its high they are told not to hold the country as their personal property, they have benefited a lot and are an.unthankful lot who just think any think they want is at their finger tips.the country has to move on with or without them 42 years after the war ,who among them has not been allocatted a stand ,a house or farm,some are reckless and just greedy,they should be reigned in and be told to put their selves in order and not to hold the country to ransom