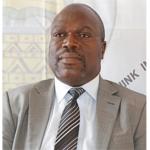 Health officials in Bulawayo have confirmed a flu outbreak in the city that has resulted in hundreds of children seeking medication, a development which experts say is a result of fluctuating weather conditions.

Bulawayo director of Health Services Dr Edwin Sibanda told Chronicle in an interview that the flu is a common viral infection that affects the nose, throat and airways.

The flu usually resolves within seven to 10 days but has COVID-19 like symptoms which put a lot of parents and guardians in panic mode.

Some children also vomit and lose appetite and parents are saying the symptoms cannot be cleared by over-the-counter medication.

Sibanda confirmed that the flu has affected a large number of children in Zimbabwe’s second-largest city but could not give the exact number of those who have been affected. He said:

There is an outbreak of the upper respiratory tract infection and it is affecting many children in Bulawayo but I do not have the exact numbers now. There were suspicious that the flu was in fact COVID-19.

Residents should take their children to health centres though under normal circumstances flu goes away without treatment. This flu due to weather changes has been spreading easily.

With the changes in weather, it is expected that these symptoms will increase. The prevention measures are the same as for COVID-19, it’s a matter of strengthening what we are doing for COVID-19.

Meanwhile, the National Microbiology Reference Laboratory said influenza testing had been halted in Zimbabwe due to shortages of test kits.