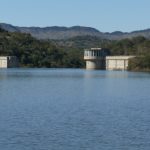 Bulawayo councillors have urged the local authority to suspend its water rationing programme which has resulted in residents spending up to four days without running water.

This comes after a recent diarrhoea outbreak in Tshabalala suburb left more than a hundred residents requiring hospital treatment.

During a full council meeting last Wednesday, councillors debated a report by the Future Water Supplies and Water Action Committee which states that the city has enough water but lacks pumping capacity.

Recently, ZESA issued a statement denying that power outages were causing water shortages, and on the other hand the BCC says power interruptions by ZESA are compromising pumping.

We need to offer clarity to the residents of Bulawayo and come clean on what’s happening with regards to the water situation.

We’re in December and the dams are full with rains promising, but we’re still subjecting residents to a 72-hour water rationing regime.

Is there light at the end of the tunnel on when the water-shedding will be lifted?

Deputy mayor Mlandu Ncube blamed ZESA for the water crisis, accusing the power utility of abdicating its responsibilities. He said:

The problem we have is that ZESA has washed its hands off on the water problem and it’s now difficult to know who is telling the truth between us and them, but people know we’re the ones failing to give them water.

How is it possible that we rely so much on ZESA? It’s like we’re happy to close the taps for the residents.

Last year we had a problem with water shortages but God gave us the rains and now we’re failing to pump it.

Why can’t we come up with innovative ways to pump the water like solar energy? We need to be very serious about the water issue as city fathers.

Ward 20 councillor Rodney Jele threatened to sponsor a motion for the dissolution of the water committee.

Responding to the councillors, committee chairperson Sikhululekile Moyo of Ward 17 said ZESA had a fault with one of their transformers in Umzingwane and that has hindered the pumping of water.

Mayor Mguni warned that it could be several months before the water rationing is discontinued.

He said the council’s dams are not full, with Umzingwane set to be decommissioned on 15 December.