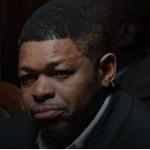 Bulawayo City engineering director Simela Dube died on Wednesday and the cause of his death was not disclosed.

The City of Bulawayo would like to advise the public, residents of Bulawayo stakeholders and fellow local authorities of the untimely death of our director of engineering services on the morning of Thursday, December 30 in Bulawayo.

We are shocked after hearing about the sad news. I met him last week and we spoke. He was fit and strong. I never heard about anything wrong with his health.

Mourners are gathered at number 11 McCollough Road, Matsheumhlope in Bulawayo. Burial arrangements are yet to be advised.

wafa wanaka, how many years at the city's engeneering department failing to come up with a solution to reconstruct & redirect the water pipelines along SteelWorks Road onto New Khami Rd from NAT/FOODS @ ZPC TO DELTA SOFTDRINKS and sudsequently the road there at where these pipelines run under?
not just that bt even the road to SIZINDA?