Both Chamisa And Mwonzora Want Me, Says Recalled MDC-A Councillor 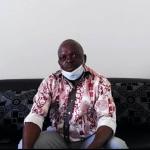 Recalled Masvingo Urban ward 3 councillor, Tarusenga Vhembo (MDC Alliance), said that he is ready to contest by-elections set for 26 March this year on either an MDC Alliance or MDC-T ticket.

The MDC-T, which recalled Vhembo, is led by Douglas Mwonzora, while the MDC Alliance is led by Nelson Chamisa.

In an interview with NewZimbabwe.com, Vhembo said he will take the offer from any of the two factions depending on which side approaches his first. He said;

Right now, I am not sure what’s going on because the Chamisa-led MDC hasn’t told me that they no longer need me.

If they tell me that, I will go where I’m wanted, but it seems both sides want me.

Mwonzora later apologised, claiming Vhembo had been fired by mistake and promised to reinstate him. However, Vhembo is still to be reinstated.

NO SENSIBLE PMP OR COUNCILLOR WAS RECALLED BY MWONZORA SHOULD CONTEMPLATE BEING MWONZORA'S CANDIDATE.

THEY SUFFERED BECAUSE OF TOGARASEYI'S SHENANIGANS. THEY MUST ACTUALLY DEMAND THAT CAMARADA NELSON CHAMISA MAKE THEM HIS FIRST CHOICE.

Tarusenga Vhengo is not ashamed of displaying his shallow appreciation of politics. In my view, this guy is a novice in the game of politics - to the extent that he is ignorant of the fact that the choice of representing a particular rests with him as a prospective candidate like any other person . His utterance, or should I say confusion, is enough for one to conclude that Vhengo is a political prostitute that every progressive political would seek to never associate with. Both Chamisa and Togaraseyi Dzondora, even ED, should never accommodate such people in their respective party structures. My conclusion: Vhengo is a psychiatric case.

It seems MDC now is full of amateur politicians..a grown up man who doesn't know a party he was representing before recall,he belongs to now...to him,both Parties look alike-idiot of a highest order.
Instead of talking,he should yawn n keep quiet!