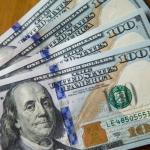 The Government has agreed to engage banks on behalf of civil servants so that they are exempted from paying account maintenance charges to enable them to get their bonuses in full.

The Government pledged to pay its workers their 2021 bonuses in US dollars but there has been concern among civil servants that their bonuses could be gobbled up as banks recoup account maintenance charges.

We had a meeting with the Government under the NJNC and we agreed that civil servants will be paid their bonuses from November 30.

The bonus is going to be calculated based on the basic salary, housing allowance and transport allowance.

The money will be paid in the Nostro accounts which have accumulated bank charges since many of them have been dormant.

Government agreed to make arrangements with banks so that they don’t charge us for account maintenance to enable us to get our bonuses in full.

Civil servants will this year be paid their bonuses in foreign currency up to a maximum of US$700.

Those who are eligible to get more than US$700 will get the balance in Zimbabwe dollars.

Pensioners who were in the civil service will also receive US$100 while spouses are eligible for US$80 and children US$60.