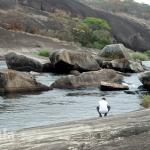 Binga villagers facing eviction to pave way for the construction of the Gwayi-Shangani Dam have identified a piece of land in the Nakanono area, which they believe is suitable for their resettlement.

The construction of the dam is set to displace around 2 000 villagers from Lubimbi in Binga.

Dam committee chairperson, Edmond Sibanda, said government assessment had been completed, so was an agreement on the land the villagers would be relocated to. Sibanda said:

Communities have agreed on Nakonono area, which is the former Kana Block farms. The land is near Shangani River, and is also close to the Victoria Falls-Bulawayo Road.

However, we are still waiting for a response from the government.

That is the land we want as a community and it is big enough to support meaningful livelihoods for all the affected communities.

However, Lubimbi ward councillor Chrispen Munkuli said they were still debating the issue because the council has not yet visited the place for assessment. He added:

We were advised that workers from the Zimbabwe National Statistics Agency also have to visit the place and give a way forward on the valuation exercise.

The government recently carried out an assessment on the value of the property which is likely to be affected by the expansion of the Gwayi-Shangani Dam in Lubimbi with a view to compensate the evictees in United States dollars.

The Gwayi-Shangani Dam project, which is part of the Zambezi Water Project, is scheduled to be completed by December 2022.