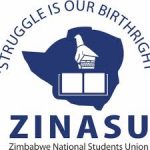 Ncube, a Midlands State University (MSU) student, was declared the winner during elections held in Bulawayo characterised by skirmishes, forcing police to briefly intervene to calm down the tensions.

Speaking after he was declared winner, Ncube said the new ZINASU committee will look at issues affecting students such as accommodation problems, among others. He said:

I am going to be serious about addressing the issues of fees because we have been going through COVID-19 and the institutions (tertiary) seem to ignore that part, they always demand their monies and failure to pay the consequences are that students are forced to defer.

Ngadziore commended the peaceful manner in which the elections were held saying he was “proud once again to witness the beginning of new and fresh ideas.”

Student executives from different tertiary institutions from across the country attended the elections.