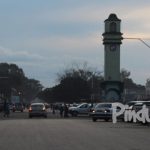 The City of Gweru has proposed by-laws to tackle noise pollution in residential areas caused by bars and churches, among others, with offenders set to be penalised heavily.

Noise can be defined as unwanted or undesirable sound and can materially affect an individual or a community’s health, well-being and enjoyment of their surroundings.

The local authority also resolved that no person shall keep, or cause or permit to be kept, any bird or animal which, by reason of continued or repeated crowing, screeching, barking or whining or other noisy or troublesome habits, causes annoyance, disturbance or inconvenience to any occupier of premises in the neighbourhood or public place.

However, Council has the prerogative to issue a temporary noise permit. It said:

In this section, community events include any word in part, church services, awareness campaigns or any such gathering where people are likely to congregate in large numbers.

A promotional event means any event done at a public place, public street or in the neighbourhood to promote a business or event to a target audience.

Any person may submit an application for a temporary noise permit for a community event or promotional event.

Churches, bars, and nightclubs must install sound-proof systems or equipment in their buildings so that their noise does not affect the neighbourhood.

The equipment so impounded shall not be released until the owner pays the prescribed penalty and such removal and storage charges as prescribed by the council from time to time.

Gweru City Council communications officer Vimbai Chingwaramusee told Chronicle that the noise by-laws were some of the by-laws council, management and other stakeholders were working on.

Why did city councils issue stands in residential areas,my question is if churches are no longer using their instruments or allowed to sing how are they going to conduct their services.My opinion I believe they are being influenced by the devil

I don't see anything good coming from this