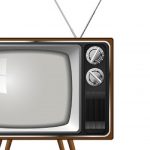 The Broadcasting Authority of Zimbabwe (BAZ) has licensed Pan-African satellite television service provider Azam TV, which is expected to begin broadcasting by year-end.

The new service provider also plans to have the Zimpapers Television Network (ZTN) on its roster.

Currently, Multichoice’s DStv is the only satellite television service in Zimbabwe.

Azam Media chief finance officer Mr Kedanathrao Bedare told The Sunday Mail that they were planning to launch before Christmas. He said:

We are in the process of finalising our operational plan and structure.

We have done this in other countries, so setting up is not too complicated.

Once we are done setting up, we will determine the bouquet prices.

Azam TV already has a footprint in Tanzania, Uganda, Malawi, Kenya and Rwanda.

BAZ acting chief executive officer Engineer Mathias Chakanyuka said applications of this nature are open at the beginning of the year. He added:

We advertise formally for people to apply for licences.

Satellite television services do not require the limited spectrum resource, so we can have many.

As a regulator, the only thing we look at is the market. People should have options to choose from.

This comes amid intensifying calls for the government to implement media reforms.

Zimbabwe has one TV station, ZBCTV, which is state-controlled.

Let's wait and see what they have on offer

hope it wont be lyk ZBCTV

Reply
Sound of Rain 3 months ago

Hope it will not end up like Kwese TV

Hats off to BAZ.Welcome on board AZAM

It's a welcome development consumers will be spoiled for choice!

I hope it will have cheaper boquets😀😀

Thumps up.Waitin for u Azam