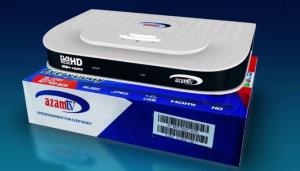 Azam TV, owned by the Tanzania-based Bakhresa Group, has launched its services in Zimbabwe, its seventh country in Africa.

The pay-television company has partnered with the Zimbabwe Broadcasting Corporation (ZBC) television channel in broadcasting the Africa Cup of Nations (AFCON) games from Cameroon.

Azam TV is already operating successfully in Kenya, Uganda, Tanzania and Malawi as it makes inroads in other African countries.

Speaking at the launch in Harare on Friday night, Information, Publicity and Broadcasting Services Minister Monica Mutsvangwa hailed Azam TV for its investment in the country.

She also expressed hope that this will help in the development of local talent in content creation in arts, sports, culture and documentaries and introduce these to wider African audiences. Said Mutsvangwa:

Not only is the availability of these platforms bringing value for money for Azam TV viewers and listeners, but it is also worth celebrating the achievement of universal access to information.

She added that the investment by Azam TV should create employment for Zimbabweans involved in the sale and distribution of products and services of Azam TV as well as installation of TV equipment.

I advise you not to buy these Decorders rate changes traffic ichachinja. They just want to gain popularity...

Those are good channels wangu believe you me. EChurch hauzomashayi but the majority it's entertainment,sport,cartoons and documentaries

Are we admitting that ZBC Digitalisation has failed? We should be hearing about ZBC Digital launch before a foreign company launching in similar space. Besides ZBC and the citizens benefitting from watching AFCON matches, what then afterwards? ZBC Digitalisation should be revisited and ZACC should investigate officials who benefitted from travel and subsistence allowances and hotel stays all over the country giving the nation information that the digitalisation was almost complete. Can the failure or delay of Zim Digital be taken as abuse of office among all those who were involved. Welcome to AZAM, I hope you will maintain the subscription rates for a very long time to come.

When kwese launched its services paya intended to be given,the gvt tender to,supply settop,boxes at the height of digitalisation but the deal politicaly flopped.
Someone in the Gvt as usually alleged demanded huge back throws resulting in Econet easing on disbursing the monies for tge programe,.
Econet and its subsidiaries we all know that they are under spotlight and during that period it is alleged that ECONET was the major shareholder in the consotium funding zim-digital, it was not the ministry as published. That is the reason why Ecocash became under threat as it was the primary source for the funding of the deal.
now that AzamTV has launched its services, the reason is to try and lure investors in the same field again

Yaah AZAM ndizvo manje. Once watched it fulltime while in Tanzania. It's a good substitute for DStv kwete zvana Zbc nana ZimDigital. For AZAM,even the or ce structure is reasonable.

Do they show ENGLISH PREMIER LEAGUE?

@Fashanu,why would an international organization charge in local currency when the govt is charging it's services in USD?🤔🤔🤷

@ Fashanu reason inemusoro unoyiziva but wakuda kunyepera kupusa. Mari yemuno it's unpredictable, it can lose value at any moment, so why should they rely nayo . For them to allow the payment in RTGS, firstly the RTGS should be stable henceforth a payment in RTGS can be achieved. Pasina iyoyo fogeti endi smayilu

Ini zvangu ndoona sokuti Azam yaingofanira kuwhandisa Mari yemuno. Izvo zvekuti Mari dzevamwe dzinoshanda kunedzimwe nyika manyepo akabhoyirisiwa. Munoti kwacha reku Malawi rinoshanda kumwe kupi. Shiling reku Uganda rinoshanda kumwe kupi. Tikakupayi Mari idzedzo toti Gara nadzo ungabvuma here. We just have to accept our currency as a nation otherwise we are not doing good upon ourselves. Yes I agree the service is reasonably affordable but it was going to be more reasonable if citizens we going to pay in local currency. Let's like our currency it's ours for our sovereignty. To tell you the truth that is indisputable Azam like DStv is only interested in looting the little US$ that we have. If they have the interest of the citizens they should just do the most expected noble thing. Charge in local currency simple.