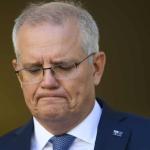 Djokovic has not been vaccinated against COVID-19, which is a requirement for foreigners entering Australia.

He now faces a possible three-year ban on returning to Australia following the visa debacle.

The Full Federal Court of Australia unanimously decided to dismiss Mr Novak Djokovic’s application for judicial review which sought to challenge the Minister for Immigration’s decision to cancel his visa.

This cancellation decision was made on health, safety and good order grounds, on the basis that it was in the public interest to do so.

I welcome the decision to keep our borders strong and keep Australians safe.

As I said on Friday, Australians have made many sacrifices during this pandemic, and they rightly expect the result of those sacrifices to be protected.

Over the pandemic, together we have achieved one of the lowest death rates, strongest economies and highest vaccination rates, in the world.

Strong borders are fundamental to the Australian way of life as is the rule of law.

Our Government has always understood this and has been prepared to take the decisions and actions necessary to protect the integrity of our borders.

I thank the Court for their prompt attention to these issues and the patience of all involved as we have worked to resolve this issue.

It’s now time to get on with the Australian Open and get back to enjoying tennis over the summer.”

I SUPPORT THE AUSTRALIAN GOVERNMENT THE PRINCIPLES THEY HAVE FOLLOWED, THE RULE OF LAW. THEY HAVE A LAW IN PLACE WHICH FORBIDS FOREIGNERS FROM ENTERING AUSTRALIA IF THEY ARE UNVACCINATED.

NOVAK DJOKOVIC INTENDED TO BREAK THE LAW BECAUSE HE IS TENNIS SUPPER STAR. AUSTRALIANS HAVE STOOD THEIR GROUND.

APART FROM THAT, NOVAK DJOKOVIC KNEW THIS LAW IN ADVANCE, BUT HAD DESPARAGED VACCINATIONS. SO LET IT BE WITH HIM.

{ GET VACCINATED AND SAVE A LIFE. I MEAN YOUR LIFE. }

We need to note that munhu uyo arambidzirwa kutamba because he was not vaccinated! Developed countries like Australia are taking vaccination seriously and when our own president says let's get the jab munotanga kutaura politics.This virus has brought economies to stand still , we need protection to fully open up but vanhu vemuzimbabwe we politicise everything

Zimbabwean economy is in ICU since the KOO. Chikorokoza nepfumvudza ndiyo economy here? Informal sector and a black market run by ZANU elites as they mop up every US dollar. Zimbabwe is under sanctions because of failing to hold credible elections, observing rule of law etc. How can investors bring money? When you can't account for minerals and resources extracted everyday. We are in the digital age yet we have one TV channel .......

Corona virus was created by the Chinese to fight USA using an Sun Tzu old strategy of defeating your enemy within deployment of your troops. Look at the events that took place the before the pandemic Hong Kong protests and Taiwan issue. plus USA having lots of bases in the indoor China sea way. Corona virus mutates don't fool yourself that vaccines will protect you. China is resetting the global dynamics of the politics and super powers status quo.

Zimbabwean economy was at a standstill long before the virus came, dont blame the virus.

If the law applies to any other foreigner, then the judgement was fair and just🥸