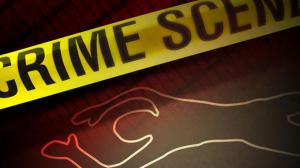 A Nyanga woman was on 26 January found dead in her house which was locked from outside a day after she was reported missing.

Residents suspect Tabitha Eunice Chirombe (30) was murdered for ritual purposes and believe the assailants drained blood from her body.

The last person to see her was Mr Trymore Mucheneka of G3, Nyamhuka. On January 26, Mr Mtimba tried calling her, but her mobile phone went unanswered.

He went to her house where they found the door locked from outside. They decided to break the door, only to discover her body covered with a blanket.

The body had bloodstains on the face and it was bleeding from the nose. The body was taken to Nyanga District Hospital mortuary and investigations are in progress.

A resident, Stephen Mudadi, from the Nyamhuka suburb, told The Manica Post that there was no blood on the floor raising suspicions that Chirombe’s assailants collected her blood for ritual purposes. Said Mudadi:

What surprised us is that we did not see any blood on the floor, and yet the wounds suggested that she must have lost blood during the murder.

Everyone around is convinced that the person who committed this heinous crime wanted to collect her blood for ritual purposes.

Another resident, Susan Mtetwa, said they are “convinced” Chirombe’s death is a case of ritual murder. She said:

We are convinced that this was a ritual murder. Surely how can we fail to find any traces of blood in the house?