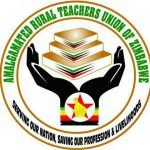 The Amalgamated Rural Teachers’ Union of Zimbabwe (ARTUZ) has made an application to the High Court challenging its suspension from the upcoming Zimbabwe Congress of trade unions (ZCTU) congress.

Delegates from ARTUZ are being denied their voting rights because of allegedly violating section 9,5 of the ZCTU constitution which calls for the names of delegates to be submitted to the secretary-general four months prior to the conference with the deadline being May 31, 2021.

However, according to ARTUZ legal representatives Mtetwa and Nyambirai, the decision to hold the general conference from 27th to 29th October 2021 was only taken by the general council at a meeting held on the 25th June 2021 and communicated to affiliates on 29th July 2021. Added the lawyers:

Therefore, it is common cause that it was impossible for any affiliates to comply with Section 9,5 of the constitution, and it is a fact that none did,” the lawyers argued in court papers.

The lawyers further argued that according to the general council’s verdict, all affiliates and not just ARTUZ should be held accountable for non-compliance with section 9.5 of the constitution otherwise it is an unlawful suspension.

ARTUZ Saturday said it made an urgent application to the High Court challenging the move.

The union added that the decision to approach the courts was necessitated by the general council’s reluctance in resolving the matter urgently before the ZCTU congress.