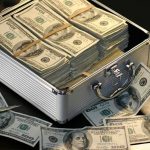 The Zimbabwe Republic Police (ZRP) is investigating an armed robbery that occurred in Karoi in which four armed robbers pounced on a Service Station and got away with over US$51 000.

The ZRP is investigating an armed robbery case that occurred at a Service Station in Karoi at around 0300 hours this morning when four unidentified men attacked the manager, his family, security and took USD 51 500 cash and a VW Golf vehicle. More details to follow.

Cases of robbers targeting service stations have been on the rise in recent months.

LAST MONTH I WROTE TO KAROI RURAL COUNCIL CONGRATULATING IT FOR MAKING KAROI THE FASTEST GROWING TOWN IN MASHONALAND WEST PROVINCE. MY INTERESTS IN KAROI LIE IN THE FACT THAT I WAS BORN AND GREW UP IN CHIKANGWE TOWNSHIP. I HAVE NO BUSINESSES OR RESIDENCE IN KAROI.

HOWEVER, I DID NOT WARN KAROI COUNCILORS THAT GROWTH COMES WITH STRINGS OF PROBLEMS TOO. KAROI RESIDENTS, BRAISE UP FOR MORE ENCOUNTERS WITH CRIMINALS. THEY ARE LURED BY THE AVAILABILITY OF MONEY.

THIS PROBLEM GOES BACK TO OUR SECURITY FORCES. DO THEY REALY TELL US THAT JOC MEETINGS HAVE BEEN HELD AND THEY HAVE ALL FAILED TO COME UP WITH THE SOLUTIONS TO ERADICATE THESE ARMED ROBBERS ?

[WE HAVE UNLIMITED CONFIDENCE IN OUR SECURITY FORCES. THEY WILL ONE DAY COME UP AT THE TOP OF THINGS ]

Death sentences for armed robbers. When we totally dollarised, kwaisava mezvakadai. The reason being taugh stanza yaitorwa na uncle.
I am not accusing anyone of not doing anything, but I am just feeling that taugh action must be taken against armed robbers. We are no longer safe isusu vane Mari dzavo mudzimba dzedu, something must be done and now!!

After much thought and consideration it is with a sad and heavy heart that i announce to you my fellow pindula community cdes that i have decided to follow the footsteps of these other so called lost, shameless, sinful,no good sons of bitchs,motherfks aka armed robbers.the decision was not taken lightly but poverty has made choosing easy. How ever i promise to pillage your homes with a bit of dignity i promise not to commit sexual assaults of any sort, there myt be some beatings here and there in trying to locate safes and other valuables, i have seen that in Zimbabwe crime does pay and handsomely to, with low to no justice, also with the level of corruption in the police force and judicial system I doubt i will see the inside of a cell

US$3.65 Harare
Zimdollar 6 months ago

Most people are not banking money, because they fear that their hard earned forex will be wiped away by Dr. Nostro and Prof. Vistro's policies. Ukuwo our security forces are being found at the forefront of armed robberies to supplement their meagre RTGS$. When people in high offices get away with corruption, we wonder kuti who is supposed to police who. Hapana kwatirikuenda senyika until we vote in leaders who have the people at heart, not the current cronies.

Jesus said, "It is not possible for anyone to enter the house of a strong man and take it by force unless he binds his hands; then he will (be able to) ransack his house."

It is almost impossible to imagen this current regime surrendering power, authority, wealth and freedom just because of an Election results.

When I grow up I want to be an armed robber.

Because these armed robbers are making a lot of money in a matter of some seconds.

When I get arrested I will apply for a bail, and after granted a bail I will run a way and some businesses abroad KKKKKKK

I don't want to be a politician or a human rights activist because I will die in jail with no amnesty or without any bail.

It's better to be a thief than to be a politician

How many politicians are suffering in prisons for nothing??

How many corrupt personnels are enjoying good lives with their families after robbing NASSA funds, the nation's wealth, workers union funds, the people's food,cotton funds and etc??.

How many people are granted bail after stealing hospital and clinic funds and medical apparatus and medicines?.

ITS BETTER TO BE AN ARMED ROBBER THAN TO A UNIONIST, POLICIAN OR ANYTHING TO DO WITH DEFENDING PEOPLE'S RIGHTS.kkkkk