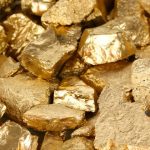 The Zimbabwe Republic Police (ZRP) is investigating a robbery case in which a gang of robbers armed with iron bars disarmed a security guard at a mine on a shotgun before getting away with gold loaded wire wools worth over US$82 000. Pindula News presents a police statement on the robbery.

The ZRP is investigating a robbery case that occurred at Eldorado Mine, Chinhoyi on 13/11/21 at about 0300 hours, where eight unknown suspects who were armed with iron rods pounced at the mine and disarmed the security guard, who was on duty, of a 12 Bore Mossberg shotgun.

The suspects tied the complainant with an electric wire and proceeded to the elution plant where they broke a key for one of the boilers and stole gold loaded wire wools valued at US$82 915.

In a different case, police arrested a 35-year-old man for possession of nearly two tonnes of marijuana (mbanje). Read a police statement:

On 12/11/21, Police in Beitbridge arrested Tichaona Kamuna (35) for unlawful possession of drugs and recovered 1,992 kgs of dagga.

The suspect, who had illegally crossed the border from SA, was singled out by a sniffer dog while carrying a satchel covered with a black plastic, at the Limpopo River and Malindi shed.

Conquering, you are under arrest😎

US$0 Harare
Boss Theo 6 months ago

Two tonnes? In a satchel? Must be the world's largest satchel

May 2 kgs of mbanje not two tonnes