Armed Robber Gets Away With US$30K, Laptops, Phones From Waterfalls Picnic Park 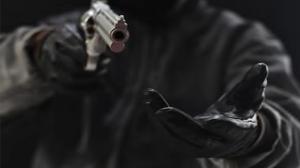 The Zimbabwe Republic Police (ZRP) is appealing to members of the public who might have information with regards to a robbery case that happened at a Picnic Park in Waterfalls in which an armed robber got away with US$30 000 and other valuables.

In a statement on the case, the police urged members of the public who might have the information on the case to contact any nearest Police station. Pindula News presents the police statement:

Police in Harare are investigating a case of robbery which occurred on 30/01/22 at Picnic Park Waterfalls.

A suspect who was armed with an unidentified pistol pounced at the complainant’s house where he attempted to rape the maid before stealing US$30 000 cash, 2 laptops, 2 cellphones & a safe containing title deeds, educational certificates as well as Toyota Fortuner vehicle keys.

Armed robbery cases have been on the rise in recent years and in some cases, members of the security sector have been implicated.

The Parliament of Zimbabwe summoned army senior officers to explain the increase of armed robbery cases involving serving or retired members of the security sector.

What was the response of the army officers who were summoned by parliament. Haisi catch and release inenge ye ZACC yamakaita here.

Takufanira kugarawo tiri armed just like SA because our society is no longer the same.