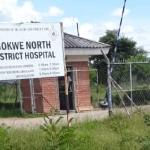 Health workers who took part in the COVID-19 vaccination program in Gokwe North District, Midlands Province, are unhappy with the perceived deliberate delay by authorities in the distribution of funds meant for vaccinators.

Funds ammounting to ZWL$11 million were reportedly deposited into the Gokwe North District Hospital account sometime in September and a circular on how the money was to be distributed was sent to all district hospitals in Midlands on 7 September 2021 by the Provincial Medical Director (PMD), Dr Mary Muchekezi.

In the internal memorandum that was seen by Pindula News, the PMD asked for the names of the beneficiaries by the end of the week.

But it has taken the Gokwe North District more than two months to have a list of beneficiaries of the funds.

Two weeks ago, a dark cloud hung over the medical institution after disgruntled workers accused the management of allocating themselves hefty sums of money from the COVID-19 funds.

However, the district nursing officer tried to clear the air on the issue. He said he had clearly read the memo from the PMD on how the funds were supposed to be distributed.

But the healthcare workers felt that they were being shortchanged. They feel that the money is supposed to be shared equally among all workers.

With the ever rising inflation, they feel that the money is depreciating in value while being kept in the hospital’s bank account.

Workers at the hospital accuse the management of putting their interests first as they have now spent almost a month going for workshops that directly benefit them.

Moreover, there were some workers who participated in the outreach program but their names were excluded from the paysheet.

Also aggrieved are those who who took part in the typhoid conjugate vaccine (TCV) who have not been considered for the funds.

Gokwe north the corruption is now inevitable the community department is combined of corrupts ,, administration and accountant worse.