Ageing Equipment Slowing Down The Issuing Of Identity Documents 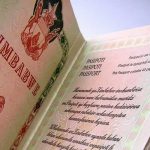 The Registrar-General’s Department’s failure to issue identity documents to citizens timeously has been blamed on obsolete equipment that continuously breaks.

The Department, which is battling a passports backlog dating back to last year, is also struggling to issue birth certificates and national identity cards (IDs) with only a limited number of people being served per day.

Speaking in Parliament on Wednesday, Home Affairs and Cultural Heritage Deputy Minister, Ruth Maboyi said the registry machines sometimes break down resulting in the slowing of the process of issuing documents.

She said while the documentation of citizens was being extended to rural areas, resources remained a major constraint. Said Maboyi:

However, you will find that in rural areas, they are giving out those documents at a very slow pace. At times we usually get a breakdown of machines.

We are actually trying to get resources so that we can go out of urban areas to do the registering of those documents.

I want to announce that in December, we are probably going to move around the whole country.

Umzingwane legislator, Levi Mayihlome (ZANU PF), said there is a huge challenge in acquiring birth certificates and identity cards in Matabeleland partly “because of the previous historical situations”. He said:

I think for the past three years, we have been talking about the backlog on identity cards in the southern parts of the country because of the previous historical situations and that people migrate to neighbouring South Africa resulting in many children and even adults not having identity cards.