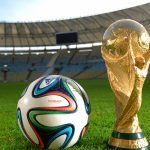 World Cup 2022 is just around the corner, and the teams to play during this event are yet to be known. The whole world is watching African teams competing against each other in the following rounds. If, for the last year, you’ve been hiding under a rock, and you don’t keep up with the goals and latest scores, here is your overview of African Qualifiers so far.

The FIFA 2022 World Cup will be held in Qatar, the first in history to be organized in the Arab world. The CAF sections play the role of qualifiers for the teams that could have a chance to play during the World Championships. All you might want to know about the tournament can be found on the official website https://www.fifa.com/tournaments/mens/worldcup/qatar2022.

All national teams needed to be members of the Confederation of African Football to even be taken into consideration. Those teams have guaranteed five slots in the tournament, and the best of them all will have a chance to fight for the big prize and title. Here are the basic rules and explanations of how the whole process looks and when the official finalists will be known to the public.

Format of the qualifications

A chance to play in qualification had 54 national teams that are a member of the Confederation of African Football. They were divided into two groups. Their order was based on the FIFA ranking table from 2019. The first 26 teams skipped the first round.

The whole format is divided into three rounds.

Currently, the first round is already behind us, and we know who’s fighting to have a chance to get to round three. The first round was scheduled for September 2019, and over a week, teams played home-and-away games. The winners of this stage were the teams of Zimbabwe, Ethiopia, Djibouti, Liberia, Namibia, Tanzania, Malawi, Angola, Mozambique, Guinea-Bissau, Equatorial Guinea, Togo, Sudan, and Rwanda.

The second round was scheduled for September, October, and November of this year 2021. There are ten groups marked from A to J. The teams that are the closest to advance to the third round as of now are as follows: Algeria, Tunisia, Nigeria, Ivory Coast, Mali, Egypt, South Africa, Senegal, Morocco, and Tanzania.

The third and final round is scheduled for March 2022, so the teams’ fans need to wait a little longer to find out who would be in the lucky 5. For the whole qualification tournament, as well as now, they can, however, bet on their favorites on safe sites like https://www.sbo.net/. It’s a secure platform where everyone can easily bet some money and double it when winning. All the rules are clearly explained, the safety of the platform is certain, and the available options will satisfy even the most demanding players. It’s worth keeping yourself excited when waiting for the final games in March.

The teams that will qualify to the third round will play in home-and-away games.

Who has a chance?

Depending on whom do you ask such a question, the answer will differ. The team’s fans will opt for their favorite players, but the truth is that, like everywhere else, there are stronger and weaker teams. Some of them are considered as being in a one-horse race, mostly due to great players, whose figures you can see, e.g., here https://www.fifa.com/news/ten-players-to-watch-africa-world-cup-qualifying. Sport is, however, unpredictable, and those who are not taken into consideration when betting and forecasting the results might turn out to be the biggest surprise. All there is left to do is to wait until March and see.