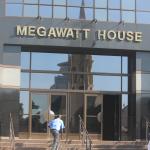 The African Development Bank (AfDB) has donated 10 trucks worth US$810 000 to the Zimbabwe Electricity Distribution Company (ZETDC) to capacitate the electricity distribution arm of power utility ZESA Holdings respond timeously to incidents.

The vehicles were procured through the AfDB funded post Cyclone Idai Emergency Recovery and Resilience Project for Zimbabwe.

They were handed over to Local Government and Public Works Minister, July Moyo, by the bank’s country manager, Moono Mupotola, at a function held in Harare on Tuesday.

Speaking at the hand-over ceremony, Moyo said the Government has escalated preparedness for any disasters during the 2021/22 rainy season. Added Moyo:

We are humbled to be receiving this donation of eight crane trucks and two NP200 pick-up trucks which will go a long way to capacitate ZETDC to improve electricity supply in Manicaland as well as facilitate timeous response to incidents.

The government remains indebted to you and our development partners for your efforts towards recovery and resilience building.

It is only through concerted efforts that we will be able to realise an empowered upper-middle-income economy by 2030.

Mupotola said AfDB is working together with the United Nations Office for Project Services (UNOPS) to repair damaged infrastructure in Chipinge and Chimanimani. She said:

We are working with our implementation partners, UNOPS, in infrastructure rehabilitation, water and sanitation programmes in Chimanimani and Chipinge.

In Gaza township in Chipinge Town, 2 000 houses had septic tanks installed, while work on the refurbishment of the Machongwe-Rusitu road is already in progress.

We are also complementing Government’s efforts through ZETDC to bring convenience to the people of Zimbabwe by having a safe and reliable electricity supply.

If disaster strikes, ZETDC is now adequately equipped to respond and restore electricity.