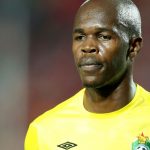 Zimbabwe Warriors have lost their second match of the delayed Africa Cup of Nations (AFCON) 2021 finals to neighbouring Malawi by 2 goals to 1.

Their lead was cancelled moments later when Malawi’s Gabaldinho Mhango capitalised on a defensive mistake and scored.

The match went to halftime with the teams sharing the spoils.

Zimbabwe made another error when United States-based Teenage Hadebe delayed clearing the ball out of the danger zone, presumably thinking the keeper would get the ball first.

Zimbabwe has had plenty of chances and half chances but failed to convert them into scores.

ZBC Sports commentator Charles Mabika said while Zimbabwe’s hopes of progressing to the last-16 stage were over, the Southern African country could proceed if they are among the best third-placed teams at the group stages.

Zimbabwe is in Group B together with Malawi, Guinea and Senegal.

The Warriors have zero points in two matches after losing 1-0 to Senegal in the opening match.

They face Guinea next.

I don't blame the warriors for disappointing you I blame yourself for trusting them.⚽⚽⚽⚽⚽⚽⚽⚽⚽🇿🇼🤷

THERE ARE SOME LIKE MY OLD FRIEND CHARLES MABIKA WHO STILL DREAM OF PROGRESSING TO THE LAST 16. I THINK THAT IS "KUROTA KWE MHURU KUROTA ICHIYAMWA."

OUR FOOTBALL NEEDS OVERHAUL. SRC IS CORRECT BY SUSPENDING THE CURRENT ZIFA BOARD.

OUR GOVERNMENT THROUGH SRC MUST EMPLOY THE NATIONAL TEAM COACH. ZIFA SHOULD LOOK FOR A WORLD CLASS COACH. I AM SAYING SO BECAUSE OUR STANDARD WAS EXPECTED TO IMPROVE FROM HOW WE PLAYED AGAINST SENEGAL, ALAS !!!!! IT WENT WORSE. WE DID NOT EXPECT TO PLAY AGAINST MALAWI AND PRODUCE THIS SUBDUED STANDARD . WE EXPECTED A BETTER PERFORMANCE.

ON THE WHOLE, WE ARE REBUILDING TEAM. THE TEAM IS YOUNG. IN TODAY'S TEAM SENIORS WERE:CAPTAIN KNOWLEDGE MUSONA, ONISMO BHASERA AND TENAGE HADEBE. I RULE OUT MUSONA AND BHASERA IN THE NEXT AFCON QUALIFIERS TEAM. OUR TEAM LACKS A BALL JUGGLER OR DRIBLER IN THE MIDDLE OF THE PARKER LIKE CAMARADA BUNJIRA HAS JUST ALLUDED TO.

THE SOLUTION IN SOLVING OUR PROBLEMS IN SOCCER HAS ALREADY BEEN STARTED BY SRC. LET US SUPPORT SRC. I URGE VA KAMAMBO TO COOPERATE WITH SRC AND HONORABLY LEAVE THE ZIFA OFFICE.

Am not proud to be a zimbabwean right now.
We live in a fucked up country. Soon by election next year election.. Zimbabwe is cursed

Reply
The guy 1 week ago

I can feel your pain guys!!you will die Young.

Reply
The Observer 1 week ago

Sorry guys...u played well in soccer u win or lose

Reply
The Terraces 1 week ago

I guess that sums how it feels to be a Zimbabwean these times.

Let's go back to the drawing board

Mhazi of silobela 1 week ago

@Mhazi FIFA must set us free

Mhazi of silobela 1 week ago

@fifa ban us. We start from there