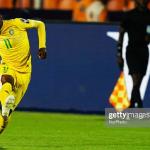 Some Warriors fans have expressed concern over the final squad that was selected by head coach, Norman Mapeza, to participate at the Africa Cup of Nations (AFCON) finals scheduled to start on the 9th of January next year.

While some said the whole team was not strong enough to participate at Africa’s biggest football tournament, most of the comments identified the midfield as the weakest department.

They said Kaizer Chiefs’ forward, Khama Billiat, was still needed to enhance Zimbabwe’s chances of progressing from the group stages where the Southern African country has ended at three previous attempts.

Khama Billiat retired from international football following Zimbabwe’s dismal show in the World Cup qualifiers and ZIFA has reportedly been trying to lure him back.

The squad announced this Wednesday suggests that the Zimbabwe Football Association (ZIFA) failed to convince the stylish midfield maestro.

Other regular and senior players missing on the list include Aston Villa’s defensive midfielder, Marvelous Nakamba and Reim de Stade’s Marshal Munetsi who sustained injuries recently. Pindula News presents some of the responses to the squad:

Khama was needed in that team seriously

I hope he makes an unexpected comeback to the team, anotodiwa kumberi uko

Petros Mhari, Peter Muduhwa, Godknows Murwira and Kelvin Madzongwe are the only locally-based players on their way to Cameroon

Marshall Munetsi would have solidified the mid ..

No playmaker in the Final 23🌚 the midfield really is "WEAK"

In as much as he plays well for,other teams he is rightfully not the right candidate to fill that gap in oyr team. Ngaa ende Ngaa ende Khama hatina kana dhiri naye but all BLAME TO ZIFA
#ZIFAmustGO

Yes I said so already, this team is like ZANU PF. Everything which is not good enough for the people of zimbabwe I just take it like ZANU pF.. this is not a good team. Vanosvasvangwa zvakataurwaa naekeraa uyuuu weku Zanu uyuuu