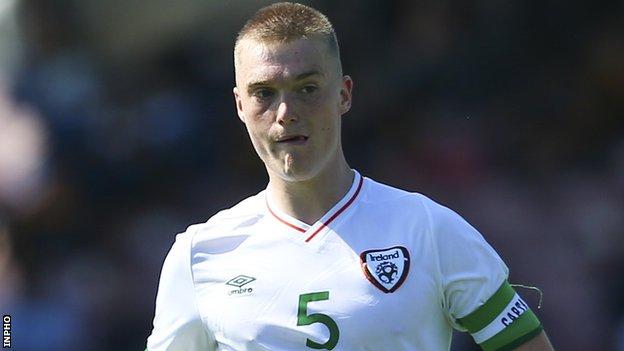 Republic of Ireland Under 17 captain Cathal Heffernan has said "words can't describe" how happy he is at joining AC Milan on loan from Cork City.

The 16-year-old defender, who made his senior Cork debut last year, had been on trial at the Serie A club.

It is expected that Heffernan will sign a permanent deal at the San Siro in the summer.

"Words can't describe how happy I am with this move to AC Milan," the player said in a social media post.

"Can't wait to get started and I'd like to thank all my family."

His father Rob, an Olympic bronze medal winner, also took to social media to confirm that the move is now official.

"Finally it's official," the player's father said. "So proud of you Cathal, this is only the beginning. Now it's time to work."

While Rob Heffernan has won Olympic and World Championship medals in racewalking, the young defender's mother, Marian, is also an athlete and competed in the women's 4×400 metres relay at the 2012 Olympics.