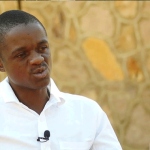 The Bulawayo City Council (BCC) is exasperated with residents who abandon their stands after acquiring them which makes it difficult for the local authority to recover money for rates.

Last year, City of Bulawayo repossessed 179 stands in Cowdray Park, Entumbane and Pumula after some of the owners went for up to 22 years without making any meaningful development on them.

Bulawayo deputy mayor Mlandu Ncube said the abandoned stands had become havens for criminals and others turned into illegal dumpsites, posing a danger to the residents.

Ncube said BCC expects residents to develop their stands within a five-year time frame and failure of which the stands must be repossessed.

Council has the authority to repossess the abandoned stands using the Titles Registration and Derelict Lands Act (chapter 20:20). The Act states that:

Persons having claim on derelict land may apply to High Court or other public body upon immovable property in Zimbabwe and such property is abandoned, deserted derelict, and the owner thereof cannot be found, it shall be lawful for the person or body claiming such rate or assessment to apply to the High Court, stating the amount claimed to be due and the grounds applying for relief under this Act.