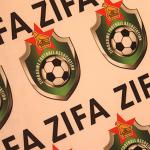 Nine members of the Zimbabwe Under-17 national football team have failed tests that are conducted to determine the ages of players allowed at age-group tournaments.

Of the 25 players who were in camp, preparing for the African Union Sports Council Region Five Youth Games, nine of the footballers failed the Magnetic Resonance Imaging (MRI) scans, which were conducted this week.

The number represents 36 per cent of the players who have been in camp preparing for the tournament set for Maseru, in Lesotho, from next Tuesday.

The Young Warriors are only returning to action after they were thrown out of the COSAFA Cup last year, again, over age-cheating allegations.

However, ZIFA questioned their expulsion, from the tournament, insisting their tests had given all the players the clearance to feature in the regional tournament. The association said, in a statement, shortly after the team’s expulsion:

The Zimbabwe Football Association received with great disappointment, the correspondence from COSAFA to the effect that our Under 17 team has been disqualified from 2020 edition after one of the players failed a Magnetic Resonance Imaging (MRI) test.

This is, indeed, surprising and questionable since we carried out similar tests on the boys and disqualified six for failing to satisfy the bone fusion criteria, taking only those determined to be of the correct age.

The association said it will conduct further investigations on how the six, who were dropped, failed the tests.

ZIFA added that all the players that travelled for the tournament were tested at a reputable MRI centre in Harare prior to their departure and the centre used a powerful 1.5 T machine.

The association said it had appealed against the CAF and COSAFA decision adding “we are confident that we did not deliberately breach regulations governing the Under-17 tournament.”

Zimbabwe is scheduled to play hosts Lesotho, Eswatini and Madagascar in Group A.